HomeGeneralJordan the 1st across MENA to send living bacteria to Space ...
General 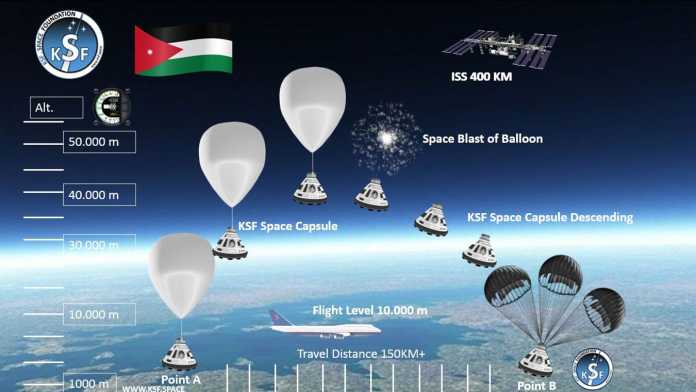 KSF Space Foundation announced that the Kingdom of Jordan will be the first in Middle East and North Africa to send a living microbiology and bacteria cells to the space with KSF Space next mission which is scheduled in June 2021.

Yarmok University in Jordan, will be the leading across all universities in MENA region to approach such experiment. The mission will be unique and distinguished due to the challenge and the expected results upon the mission completion.

Prof. Hanan I. Malkawi, a professor at Biological Sciences Dept. at Yarmouk University in Jordan (PhD in Microbiology & Molecular Biology from Washington State University-USA, also she has been heavily involved in research lines in biotechnology and nanotechnology and their applications in environment, health, agriculture and microbiology) who is directing the experiment and the project, stated that this project would bring an extraordinary results and will help us understand the behavior of the living bacteria in space.

“The purpose of the project is to better understand how bacteria respond in very weak gravity, which could possibly lead to better bacterial control mechanisms in space. These mechanisms could prove invaluable to maintaining both human and machine health aboard long-term spaceflights” Said Dr. Kayyali, Chairman of the KSF Space.

Bacteria are part of every human ecosystem, the long-term colonization of space will require to better understand how beneficial and harmful bacteria respond to microgravity and grow in space, also how different species of bacteria change their growth and physiology in the microgravity. The process of getting an experiment packaged, prepared and certified for flight on the KSF Space Capsule is unique and nontrivial.

KSF Space announced the world’s cheapest CubeSat which is affordable to universities and schools, in addition KSF Space Foundation also announced the launch of the world’s first NanoSatellite Engineering Professional “NEP Certification” for space education and the space industry.

IUEE Professional and Executive Education: A Better Option for the New Generation

The Value of Professional and Executive Education by IUEE

Why You Need to Consider Professional and Executive Education: IUEE case to consider